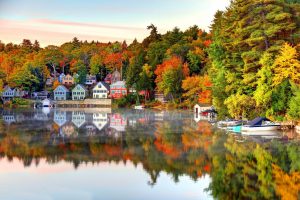 Who doesn’t like the lake? Lakes make us happy. The lake conjures up memories of warm, lazy days sitting by the water, watching kids playing in the lake, jumping into the water to cool off on a hot day. Piling into your boat for a late evening ride to get ice cream. Lakes relax us, and we all could use some relaxing time.

For years people have been traveling up to the Lakes Region for summer vacations. From Memorial Day through Labor Day, this area was/is bustling. Cottage’s, guest houses, hotels, Inns, and campgrounds are all booked. It became tradition, families, coming back to the same place year after year.  So often I hear, “ I used to come here with my parents, and now I am bringing my family here.” This change facilitated the need for the development of more vacation homes. There weren’t enough cottages and. furthermore, cottages weren’t what people were looking for. They wanted their own place to come up to, either for the entire summer or just weekends. They also wanted amenities for their families, pools, private beaches, and tennis courts. At this time the Reagan Administration and Congress passed the Economic Recovery Act of 1981. Real estate became a great tax shelter. Thus the  1980s brought a tremendous amount of development of condos and single-family homes within communities. Some of the Cottages around the lake saw this soar in development and decided to convert their rental cottages into condos. Many of the cottages had pools a beach and various amenities so converting to condos made sense for this growing area. Banks were lending like crazy, contractors were everywhere. Money was flowing into the area.

Suissevale on Lake Winnipesaukee in Moultonborough was the first large community to begin building in the early 1970s. Suissevale now has over 400 year-round homes. South Down Shores/Long Bay in Laconia another one of the first communities, began construction in 1981. John Davidson the mastermind behind this project was ahead of his time. Within South Down Shores are 19 separate villages and single-family homes. Currently, there are almost 500 private residences. Samoset Condos in Gilford began construction in 1984. Samoset has 130 townhouses. Both Grouse Point in Meredith and Mallard Cove in Laconia began construction in 1987. Grouse Point with 80 homes and Mallard Cove on Opechee with 30 homes.

All of these communities have numerous amenities. Families were coming up to the lake from southern New Hampshire and Massachusetts, where they have been working hard all week.  They wanted a place to put their boat, tennis courts, basketball courts, and of course a beach. They wanted to kick back and take it easy. Escape from the city and enjoy our beautiful lake. Because of the Economic Recovery act, their vacation home became a tax shelter. 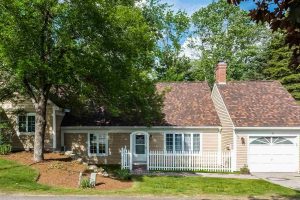 Times were good and the area continued to grow. Then the bottom fell out of the real estate market in late 2006 reaching new lows by 2012. There were a couple of major factors contributing to the collapse. First the Tax Reform Act of 1886 eliminated tax shelter advantages and “Black Monday”, the stock market crash on Oct 19, 1987. Confidence in the markets was shaken and the recession of the 1990s began. During this time banks failed. Some of the largest banks in New Hampshire shut their doors. Foreclosures began after that, followed by the devaluation of homes. Around 2000 home loans were being written at sub-prime and adjustable rates. The initial payments were low but became increasingly more as time passed. In addition, loans were being made to clients with low credit scores and a higher rate of default. Which is exactly what happened. More and more people were defaulting, the numbers were so huge the financial market was failing as well as the stock market.

That is a little bit of the real estate and financial history that brings us to where we are now. Keeping in mind that many who had bought vacation homes up here lost them to foreclosure (and they sat on the market for quite some time) however, those that were able to hold on to their homes began to use them more. 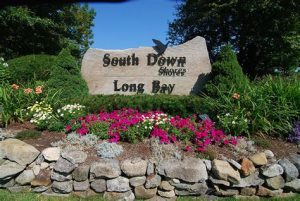 The Lakes Region continued to be a vacation destination however things began to change. People had less disposable income through the recession. Large expensive vacations in addition to the vacation home were scaled back. Families and individuals began to come up to the Lakes Region during the winter for skiing. Gunstock is in our backyard, it is a great family ski destination. They figured, they have the house here already, so let’s take a vacation up there and ski. As long as we are skiing may as we’ll do some snowmobiling and ice fishing as well. More and more people began experiencing how great the Lakes Region is in the winter as well as the summer.

Fast forward to about 2015. The economy has calmed down, unemployment is relatively low, inflation is lower, interest rates are low and the housing market is in recovery. Banks are no longer handing out mortgages like candy on Halloween.

The workplace environment was also beginning to change. Internet service was becoming more robust and people were finding that they could work from home a few days a week. Expanding their time up here to include long weekends. Everyone was enjoying the relaxed atmosphere in the Lakes. We still had real estate inventory and everyone was happy.

Then came Covid in 2019! Now that started a frenzy up here that we have never seen before. And that is another story to be told in an upcoming blog. So, stay tuned!