Gunstock Mountain Resort: Then and Now 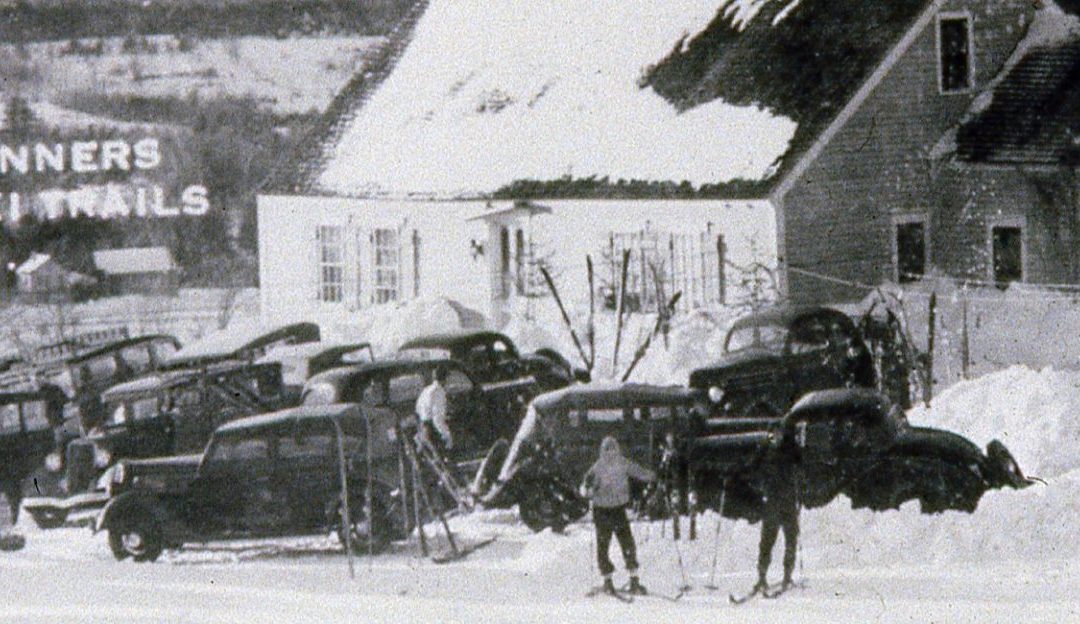 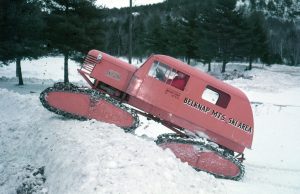 Gunstock Ski Area celebrated its first season in the year 1936. It is the only county-owned and operated ski area in New England. Gunstock or Belknap Mountain Recreation Area, as it was originally named, was a source of many jobs during the Great Depression. The Federal Government, at the time, began the Works Progress Administration conceived by President Franklin D. Roosevelt to employ individuals for worthwhile state and local projects. For every dollar the county kicked in, the Federal Government put in $6.

After three years of construction, Belknap Mountain Recreation (Gunstock) was born. The main lodge and other buildings in the area were built with lumber cut and milled in the area. Granite was quarried from Cobble Mountain, also part of the complex.

Belknap was the center for skiing in the early years, hosting many competitive events. It was even suggested as a location for the 1940 Winter Olympics. As the popularity of skiing grew in the ’40s and ’50s, it became obvious that the complex needed a full-time management team. At this point, the Bellnap County Legislation set up the Gunstock Area Commission. The late ’50s and ’60s saw an ambitious expansion of Gunstock Mountain, including a summit chairlift, T Bars, and an entirely new trail complex. As the sport continued to grow, more expansion was needed to keep lul with the demands, In 1970, the commission again came up with many new projects including the creation of Pistol Complex, a new chairlift, 4 new trails another base lodge, and most significant, a 75-acre snowmaking system.

In 1986 Gunstock launched a 10 million dollar expansion program that revitalized its skiing operations. This three-phase project included the replacement of many of the lifts, expanded the base complex, major renovation to the trail system, and a high-tech/high capacity snow-making system. All the improvements bright Gunstock increased market growth and an image of a first-class operation.

Even with all the expansion, but a few years of less than ideal snowfall, Gunstock incurred one heavy debt. In 1090 the Gunstock Area Commission voted to refocus priorities and set a mission to return Gunstock to financial independence as quickly as possible. 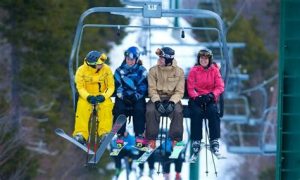 2003 was a big year. Another expansion took place. This 4 million dollar expansion was completed in time and on a budget for the 03-04 winter season. the expansion brought the addition of a high-speed detachable quad to the summit, relocation of the summit lift to Pistol Area snowmaking capabilities expanded to Pistol and Blundersmoke.

In recent hears the Commission & Management have been proactive in developing programs that will increase Gunstocks revenue-generating capability throughout the year. Through these other activities, Gunstock Mountain has become a four-season resort.

Gunstock continues to grow. Covid hit in March of 2020, Gunstock along with all ski resorts had to design and implement a plan. Summer adventures in 2020 had to be completely shut down since we were all still in a version of lockdown. however, they had a plan for the 20-21 ski season. skiers had to boot up in the parking lot since the lodge was not open for skiers to gather. It was like tailgating in the parking lot, with hot chocolate! It worked, gunstock was making snow and ready for skiers. Protocols were certainly very different, but all worked well and people were skiing. Summer adventures also took place this past year with Covid protocols in place.

Gunstock has been in the news lately. Dir of Finance at Gunstock, Cathy White reports a strong budgetary picture for Gunstock. White, in a recent meeting, told the commission, “We have not used it (authorization to borrow $4 million in the Fiscal Year 2021) in the past few years: it doesn’t look like we will need it. We have been working with the towns and cities to meet the standards to be responsible for our own expenses, and not have to rely even on a bank, which is normal business operations….We feel good about where we are today, and paying down debt”

Gunstock recently hired a new president and general manager. Tom Day comes here with a wealth of experience. He was at Waterville Valley, where he has enjoyed a very successful tenure as general manager, having started as a lift operator as a kid and worked his way up. Day began on January 21, 2022. We welcome Tom to the community and can’t wait to see where he will take Gunstock.

You can always count on great skiing at Gunstock. The trails are impeccably groomed and the snowmaking is second to none in New Hampshire. The views on top of the mountain are spectacular! As you get off the lift, take a moment to take in the view of Lake Winnipesaukee, you will not be disappointed. And don’t fore to have a cup of Hot Cocoa before you leave. 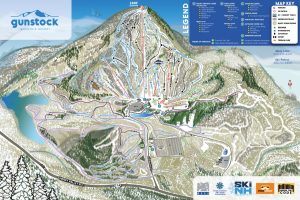